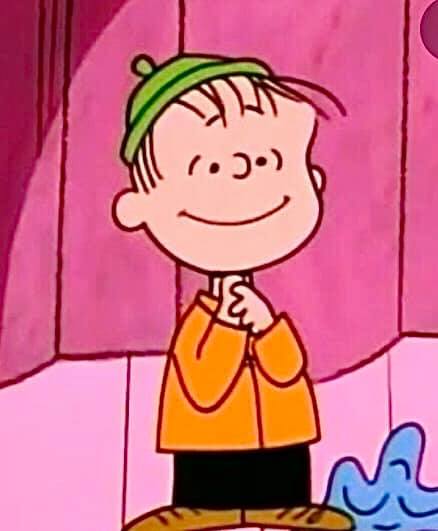 A week ago tonight, our daughter Lauren and I watched “A Charlie Brown Christmas” on TV. Last Sunday evening I watched it again at St. Andrew’s annual Advent Party. That’s because, as I noted on my personal Facebook post, it’s my favorite Christmas show! I even preached about it a few years ago on Christmas Eve, though I confessed that while I’ve seen it almost every year since it came out in 1965, until about five years ago I’d missed the one moment that more than any other gives the story its meaning and power.

That moment involves an insecure, thumb-sucking, security blanket carrying character named Linus, whose friends are always trying to separate him from his blanket, which has become a source of ridicule in his life. And yet it’s Linus who explains to Charlie Brown what Christmas is really all about by taking the stage at the annual Christmas play and reciting the story of Jesus’ birth from the Gospel of Luke. 38 seconds into the scene comes the moment I’d missed for so many years, when at the very instant that Linus utters the words “fear not,” he drops the blanket, joining his voice to those of the angels who proclaimed the Savior’s coming to a group of frightened and insecure shepherds. He lets go of the blanket when he says “fear not” because Jesus is born so that we can cling to Him instead.

Now that I’ve discovered it, that moment always puts a lump in my throat because it makes me think of times when Jesus got me through my own experiences of fear and insecurity. It also makes me think of so many people I love and serve and how I’ve seen Jesus get them through all sorts of things.

So, my Thursday thought as we head toward Christmas week is one of thanks for the One Linus explained to Charlie Brown. My feeling is one of love for the Child whose coming into the world changes our lives and invites us to cling to Him. My hope is that, in some way, you might do what Linus did as he received the very message he delivered. And my prayer is that my life, yours, and our life together at St. Andrew would always be about that great story and the part all of us have in telling the world that God is with us and it’s OK to drop the blanket.