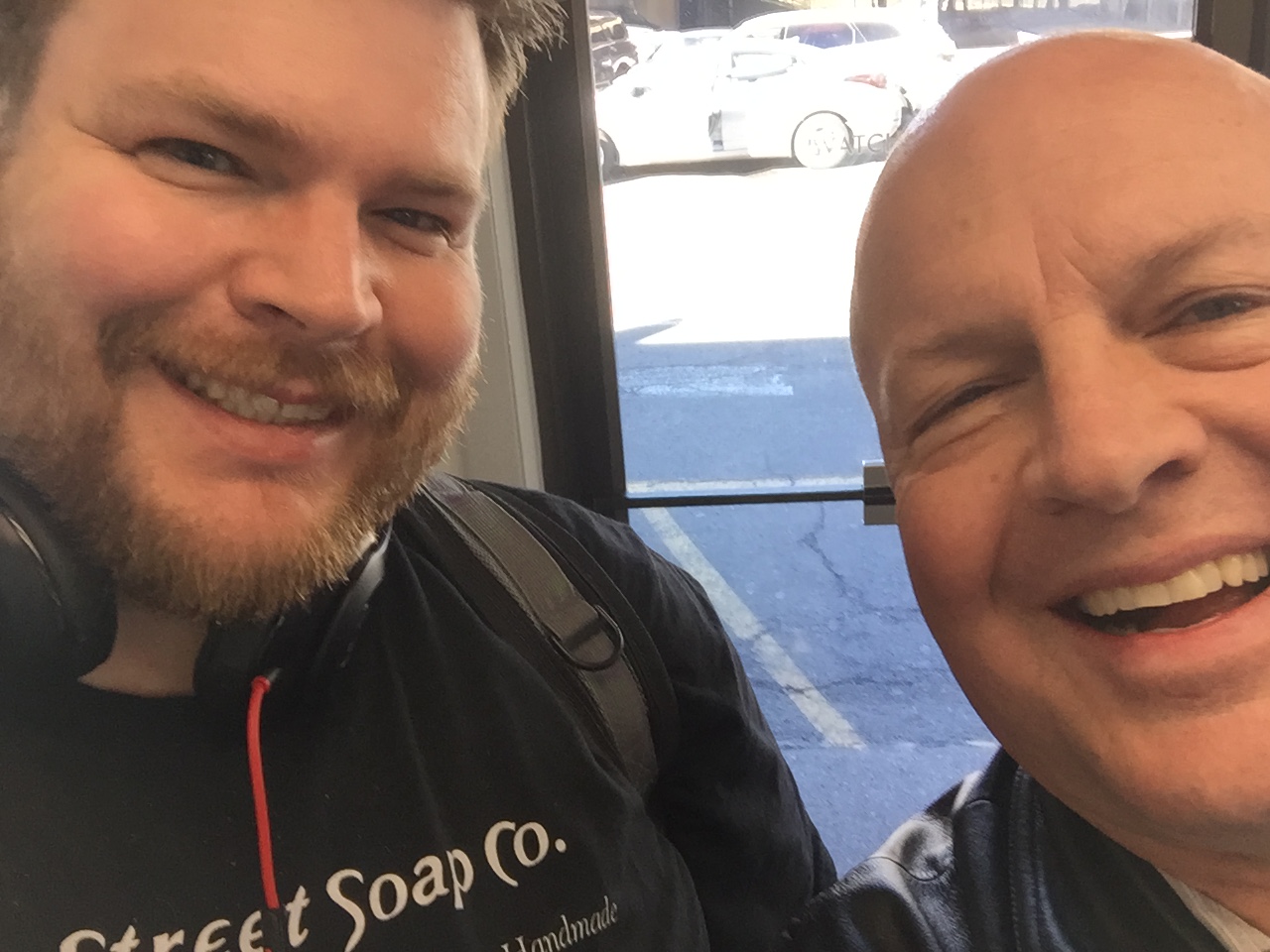 For years, on Christmas morning, I would go to National Airport to pick up my son from his flight into DC from Minneapolis. Before that, he would drive up from Ft. Rucker, Alabama, where he was assigned to the 98th Army Band. After Basic Training, when he was at the Armed Forces School of Music in Little Creek, Virginia, I would go get him. And before that, he was already here.

Knowing how I feel about my son, I often ponder in these days of Advent how out of an amazing love for us all, God chose to send His Son into this broken world to teach us, to love us and to save us. And all the while, God knew His plan that Jesus would be the Lamb sacrificed for us and for our salvation. And I ponder, what kind of love is this? It is a love that knows no bounds, has no economy, and is without end.

For God so loved the world that he gave his only Son, so that everyone who believes in him may not perish but may have eternal life. John 3:16

Shortly after my son would appear from the terminal gate near the Dunkin’ Donuts, the antics and shenanigans would begin. He was funny, the life of the party, and loved to laugh and loved even more to encourage others to laugh. And we would laugh until the tears flowed. My stomach would hurt, and I would call a temporary truce while I regained composure until the next silly episode.

I’m proud of all 4 of my children, 3 of whom served in the US Army: one in IT at Ft. Carson, Colorado, one a musician (already mentioned) and one a combat medic who served in the Sunni Triangle near Baghdad during the height of the Iraq War. My other child is in Costco management, which can be akin to serving in battle, depending upon the mood of the shoppers.

And then I think of God and His children. All of us. He is proud of us, loves us unconditionally, and yet knows we fall short so many times.

But God proves his love for us in that while we still were sinners Christ died for us. Romans 5:8

Here’s the reality: being a parent often means being separated from our children at some point. Our hearts hurt while we’re apart, though the bond of love holds us together. So, Todd, until that day I see you again, I will look to the sky and the stars for you, and I will look right here in my heart for you, my son and my friend.

No, in all these things we are more than conquerors through Him who loved us. For I am convinced that neither death nor life, neither angels nor demons, neither the present, nor the future, nor any powers, neither height nor depth, nor anything else in all creation, will be able to separate us from the love of God that is in Christ Jesus our Lord.  Romans 8:37-39