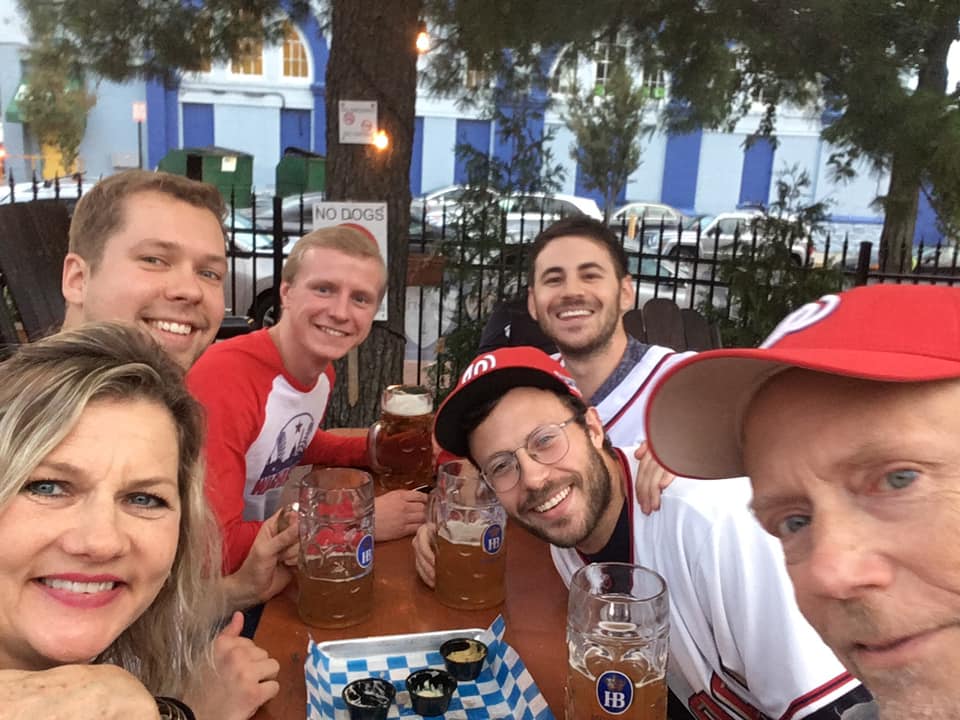 If you live in the Washington, DC area, you’re well aware of the excitement that was enjoyed in October as the Washington Nationals continued to defy the odds at the conclusion of baseball season. The Nationals beat the St. Louis Cardinals to win the National League Championship, which meant that the Nats were headed to the World Series. At that point, my son Markus, a diehard Nats fan, decided that he HAD to fly home from Denver to simply be in town when the World Series arrived in DC. He wanted to experience the vibe with his baseball buddies, and I was certainly happy to have him come home for a weekend!

The Nats won their first two games on the road against the Houston Astros….this was looking realllly good! The excitement was in the air- you could feel it and see it with so many people from the DMV wearing their Nats gear and discussing the Series around water coolers, in stores, and even at Preschool. Erik, Markus, Lili and I went downtown- we didn’t have tickets to the games- just to be near Nats Park and take in the fun. It was joyous, with great anticipation of the Nats going all the way. Our hopes were dashed when the Nats LOST the next three home games!!! What a bummer! But there was still hope…

Ultimately, as we all know, they returned again to Houston to win the next two, and final games. The Washington Nationals were World Champions! The Nats did it! What joy! What fun! What an accomplishment!

….and it’s over. Just like that. Sure, there’s still some talk on sports radio and with diehard baseball fans, but for most people, it was a fleeting, exciting time that’s come and gone.

Some things, however, are permanent, and don’t ever leave us. Like God’s love for us. The Bible tells us that, “Jesus Christ is the same yesterday and today and forever,” Hebrews 13:8 That joy that we receive when we follow Him isn’t fleeting; it’s not a season that comes and goes. It’s ours to keep and celebrate everyday, from now until forever, whether you’re a fan of the Nats or any other team.